El Hierro island: supplied in a 100% by renewable sources

On 9/08/2015, Gorona del Viento hydro-wind power plant supplies with energy from clean sources to all the residents of El Hierro island.

Technically, the plant consists of a wind farm of 5 grid-connected wind turbines and an hydroelectric power station with 4 generators made by ALCONZA, capable of producing 35 GW/h of energy to supply the population. These generators (2,825MVA/unit) perform when the windmills do not produce enough energy and due to this the waterfall must be exploited. 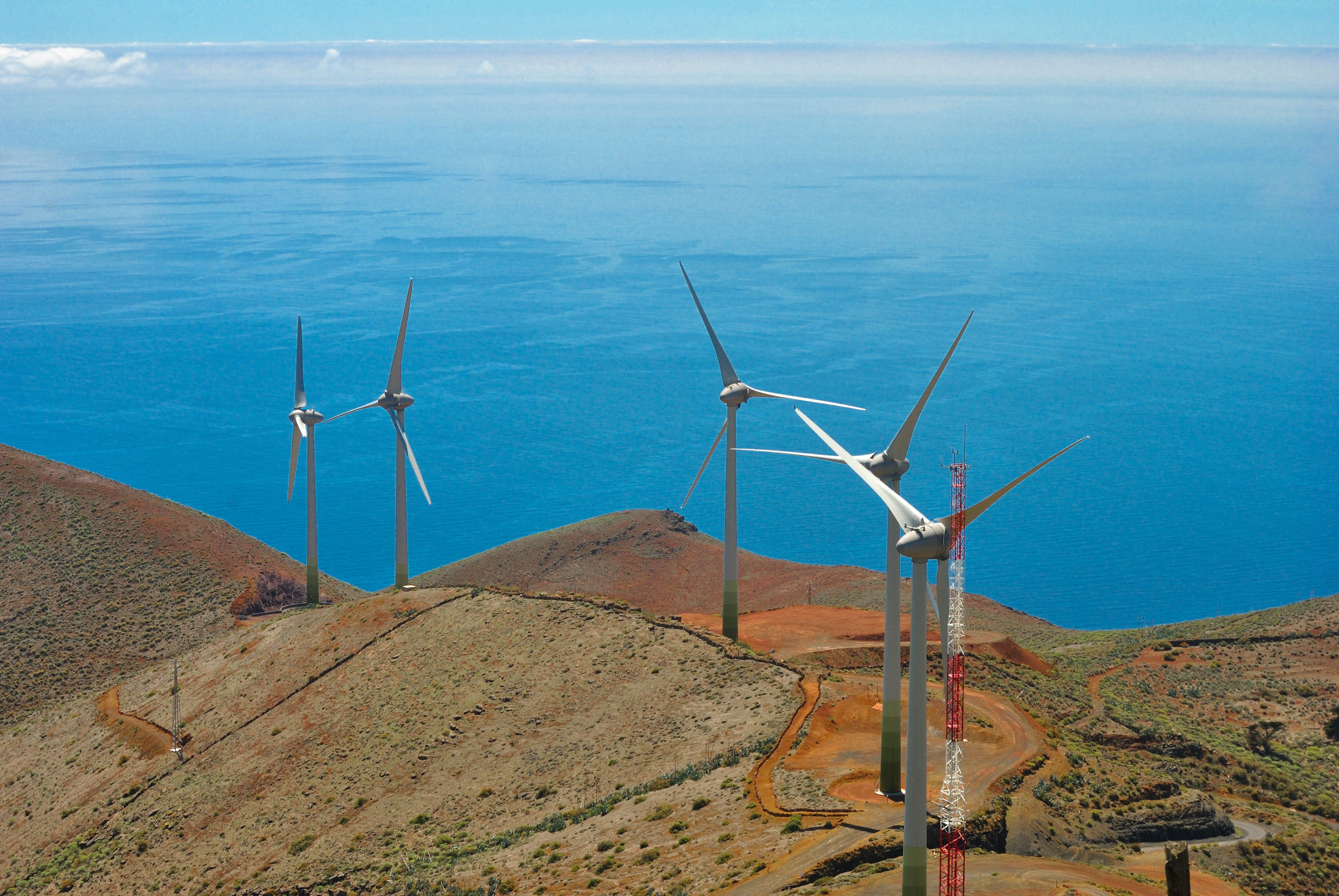 The project is a world leader not only by the technological achievement record combining different natural energy sources, but also because it is the first time a project of such magnitude and dimensions has ever built.

For the next decade, it is expected that the implemented system will generate a saving of 80 million of Euros due to 6.000 tons per year of less burned diesel and 20.000 tons of CO2 less poured to the atmosphere.

On World Quality Day, Alconza is reaffirmed as the reference in environmentally sustainable marine motors
11 November, 2020
New milestones for Alconza management systems
15 September, 2020
Alconza receives an eligible investment of over EUR 800,000 for technological development
22 March, 2019
Tenneelva HPP, new contract
19 March, 2018
Smakraftdagane 2018
12 March, 2018
Recent Posts
Go to Top
Alconza - We have been designing and manufacturing motors and generators for over 60 years.
Cookie Notice. This website uses its own and third-party cookies. You can accept the use of cookies or manage your settings.
Cookie Settings Read more Accept Reject
Privacy and Cookies Policy